Hi there Reel Time Customers and friends, well what a month its been for Matt Cini and his crew, with the high light being our  Mighty Yellow Tail King Fish Charters here in Melbourne, with every year that goes by Matt seems to unfold yet another amazing option to target these yet strong and just so powerful fish that bring grown men to tears when hooked and create mayhem along there way making them the toughest fish that Melbourne has to offer, its very safe to say that they are the strongest fish pound for pound in our waters.

What we are experiencing here is not just an influx of Big King Fish here in Melbourne but yet a passionate fisherman unfolding yet another species and learning where when and how!

Its one thing going fishing with a team of experienced fisherman and having everything planned it's another taking Melbournes People who are so passionate about fishing and giving them a chance to catch a King Fish with very little experience and getting thrown in the deep end with this year's rather larger than average size fish well and truly over a meter in length and exceeding the magical 1 meter mark!

Especially with most days providing multiple hooks ups both Jigging in the Rip and slow trolling both Lures and Squid Strips, its basically like trying to control a paddock of bulls and getting them back in there cage LOL the end result is the majestic Yellow Tail King Fish in the boat and the mission accomplished!

To experience this perhaps once in a lifetime adventure who knows it may never happen again or it may just be the start of yet another amazing fishery that Melbourne has yet kept a secret for many years, Matt will continue to exhaust his energy and time to bring it to you all.

We are almost booked out for all  of February with January being just nothing short of amazing with results, in my opinion, Feb March is generally always better so don't waste any time jump online here and either book the boat or just grab an individual spot to have your chance of catching some of these absolute beasts right here on your doorstep.

here are just some of the HIgh Lights from Jan below Enjoy! 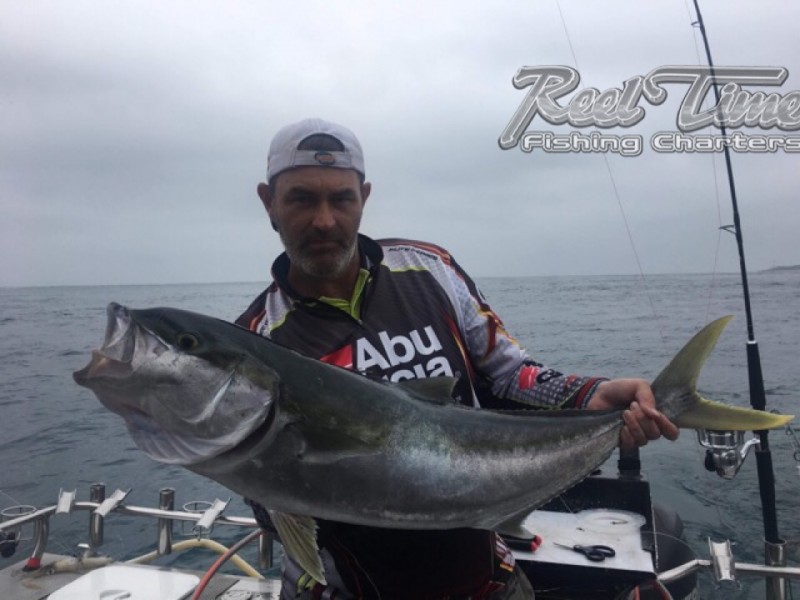 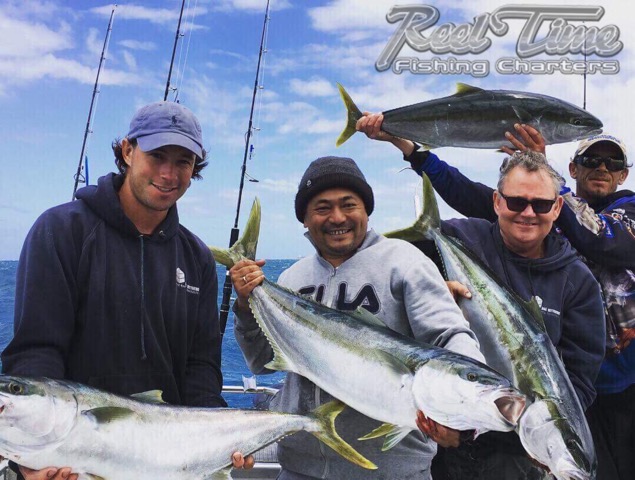 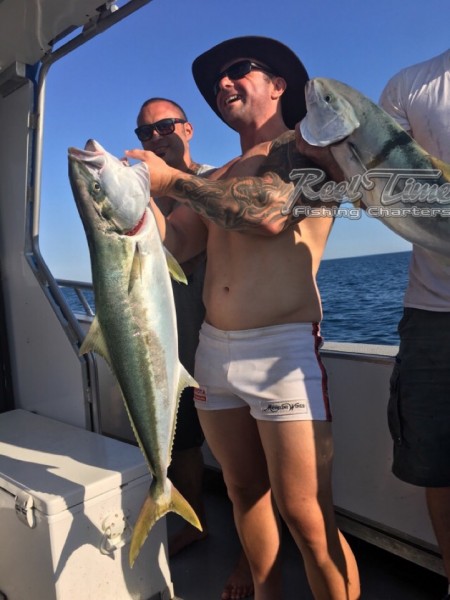 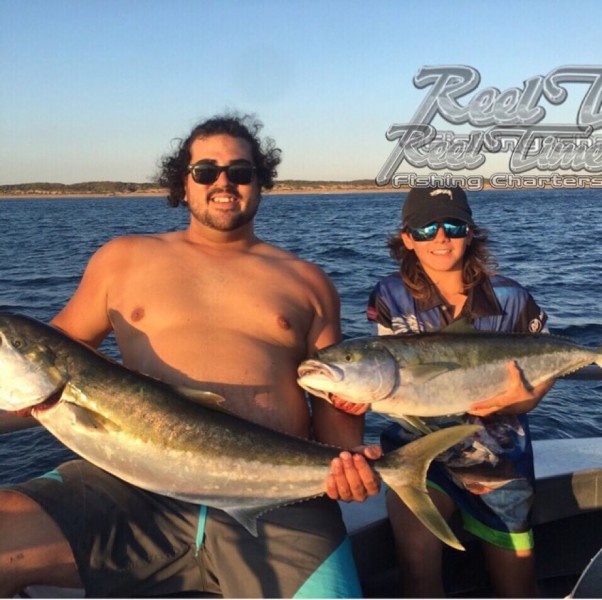 Enjoy some Video action of some of this week's King Fish Kaos!

Well the Snapper fishing has been great for the last month with no records being broken with size but just a lovely consistent flow of plate size fish for the table with the out of the blue shock catch of BIG REDS coming in from time to time to 6 KGS, our snapper charters run up until mid April and as soon as it cools down a little they are gonna fire up Big Time!

In the meantime, the boys are doing a fab job keeping everyone happy with plenty of fish to go around!

Here are some Pics from our Snapper Fishing Charters this month. 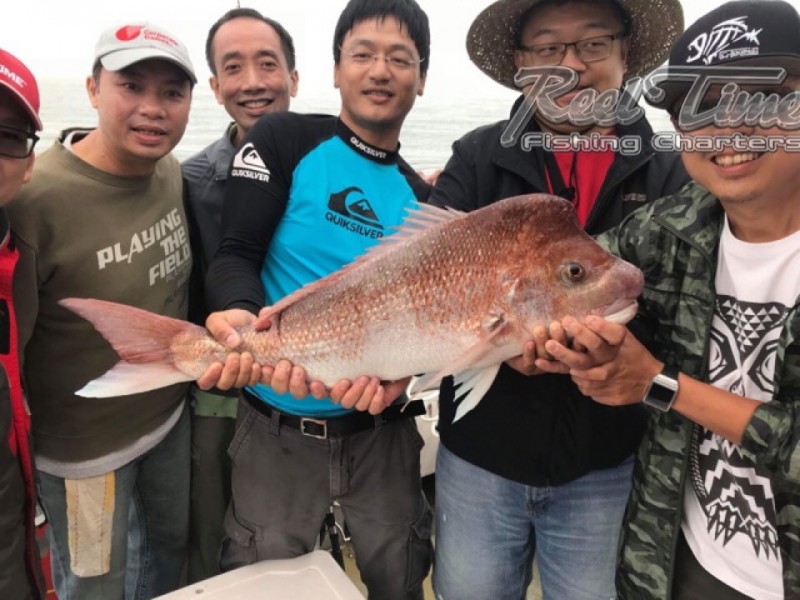 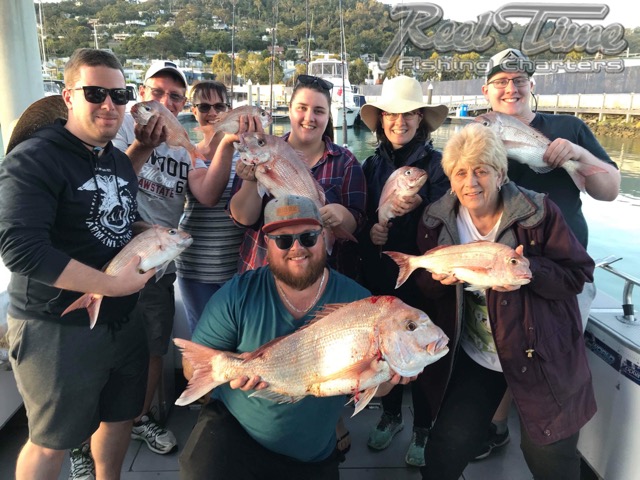 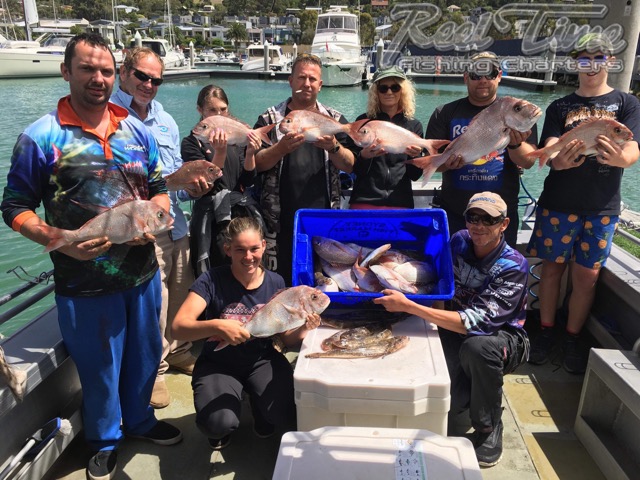 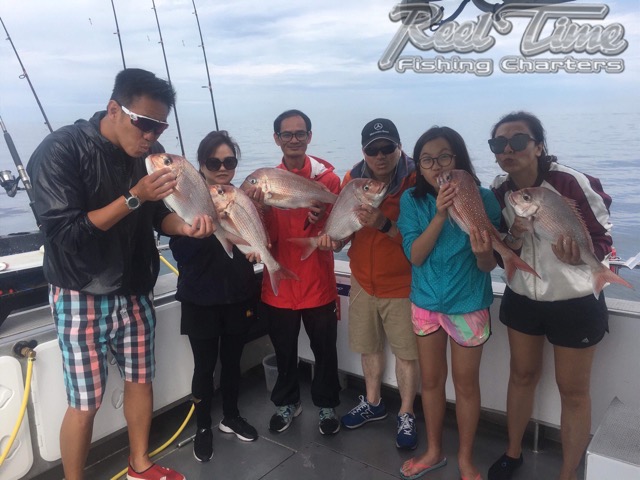 Our King George Whiting Charters have been steady with more than enough action to go around with medium to large fish and the humble Blue Spot Flathead just making things so much more fun when added to the mix.

With the water being at its warmest its only set to get better as the cooler weather approaches bringing the fish from the northern parts of the bay and schooling up exactly where we want them.

The Squid has been great however they seem to be chewing best first and last light ATM I can only put this down to they don't like the sun and are hiding under there little piece of seaweed in the Air conditioned shade LOL, but early hours of the morning and late evening has seen some amazing Squid Captures.

We will be fishing for Whiting and Squid until April so come and try your luck on Melbournes bread and butter fish before we head to Portland in search of the Southern Blue Fin Tuna. 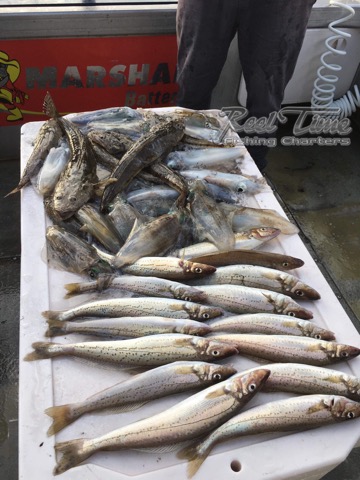 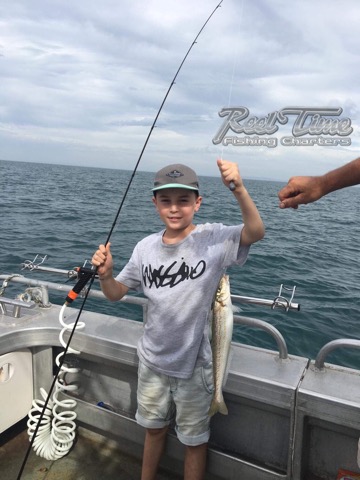 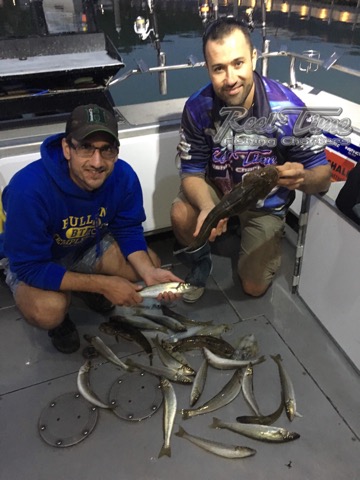 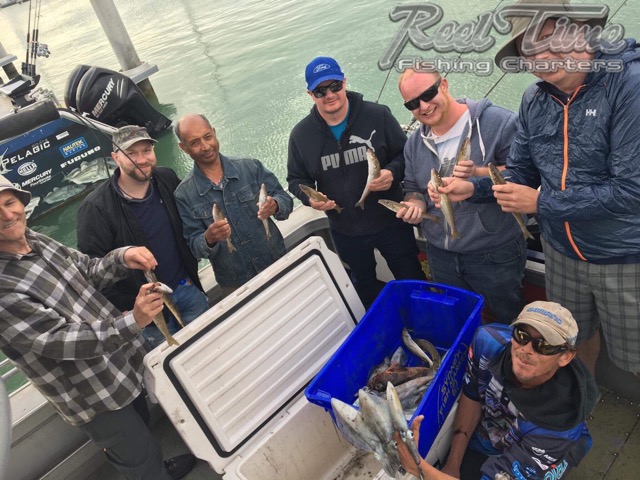 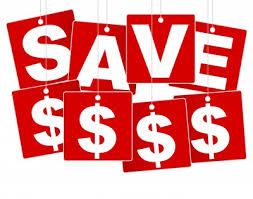 PORTLAND TUNA COMING SOON 10 % OFF ALL BOOKINGS BOOK THE BOAT AND INDIVIDUALS ONE MONTH ONLY!

Simply enter the code (TUNA) into the specials Tab to receive your discount offer is for this month only! 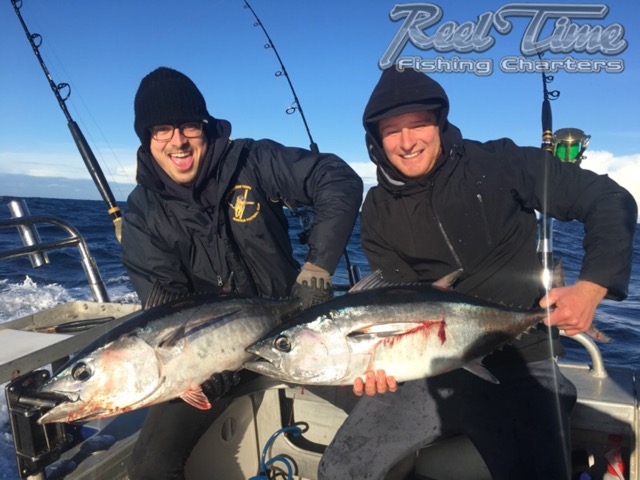 Well, it seems that there is such a variety to be had in the southern parts of Port Phillip Bay and Bass Strait ATM, even though all the hype is on the King Fish, there is still some excellent Snapper, Whiting, Squid and Gummy Shark Fishing to be had.

will start with the King Fish, well we have had had the luxury this King Fish season to have caught them every way possible, from Jigging, Live Baits, Dead Baits, slow Trolling and even while trolling for Tuna, this tells me that they are an opportunistic feeder and if your in the correct area you will always stand a chance using any method but when you figure out what they like your going to dominate, just like the old days of fishing Montague Island one day you will get them on Jigs the other dead Squid, then simply just trolling skirts around and when hard to catch slow trolling squid strips with a led line, its facinating how the same fish can be so fusy from day to day and there really is know way to know, but if your going to target King Fish always have every base covered!

Its been proven that these fish can be in so many different areas meaning they can be found offshore on wrecks, in the RIP, along the coast, simply just under feeding birds it's being in the right place at the right time, Matt really cannot give away where and when its a matter spending the endless days on the water and staying with them, with some small things like Blue Water and simply bright sunny days with little or zero cloud cover.

King Fish seem to be like Women when the sun is out and its nice and hot the beaches are full of women enjoying the sun these are the days the King Fish come out to play. 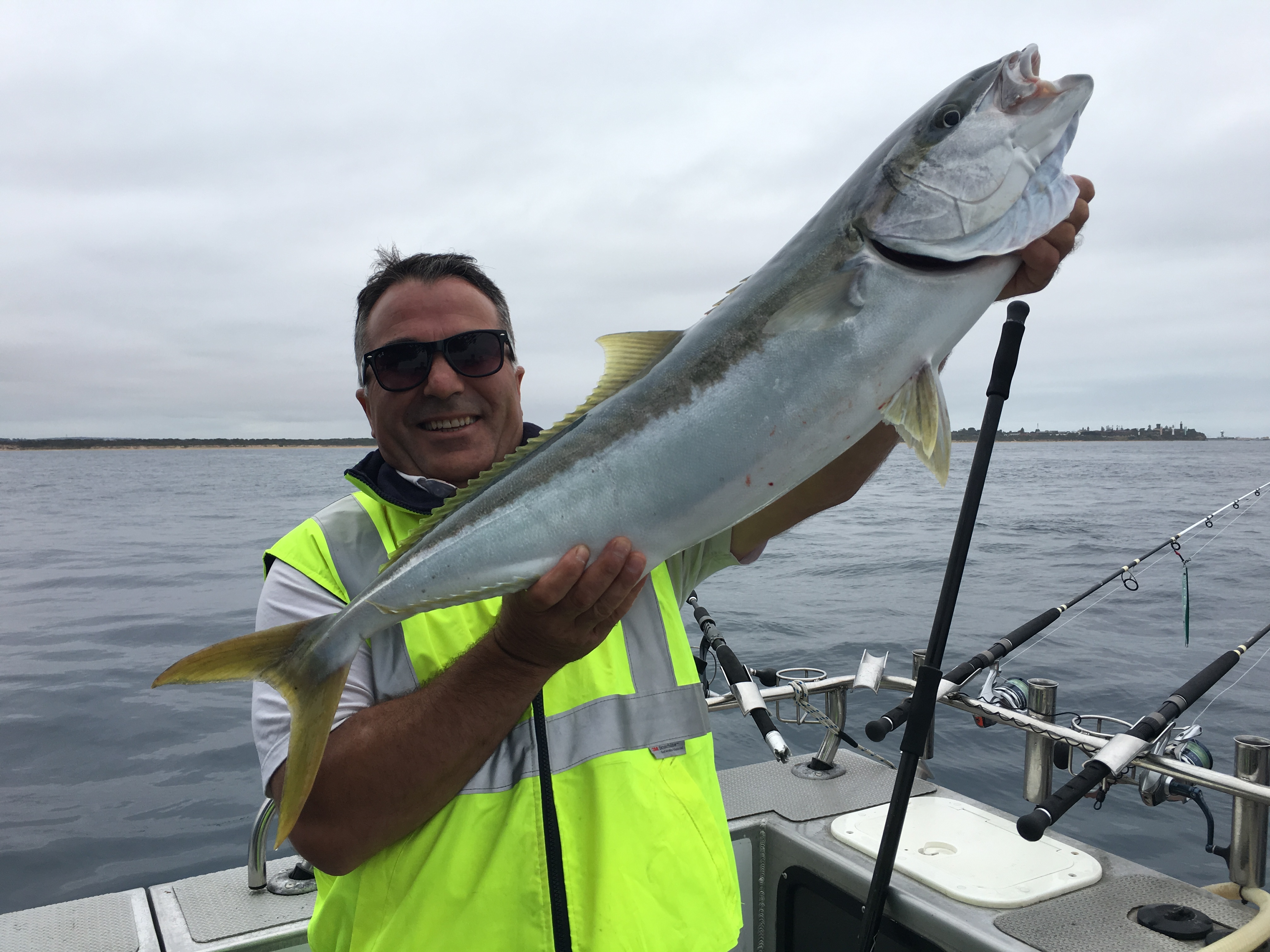 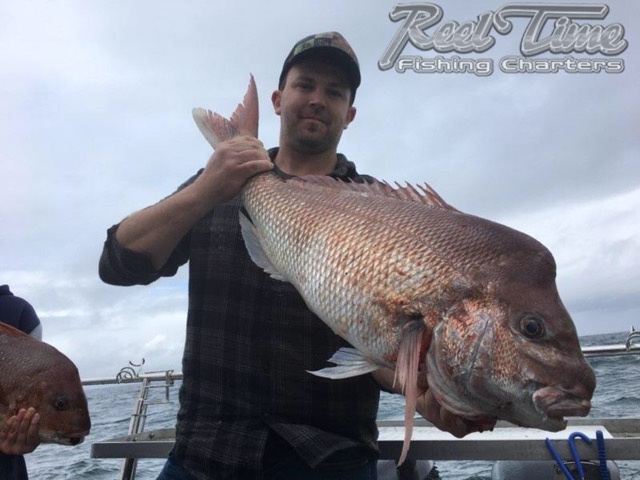 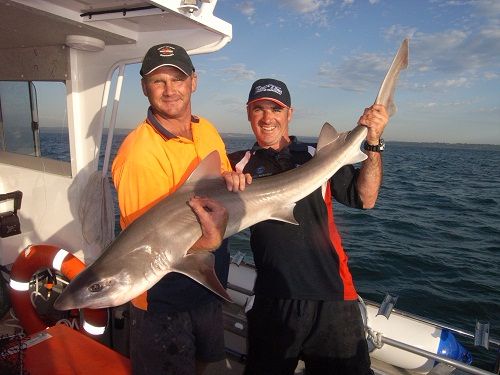 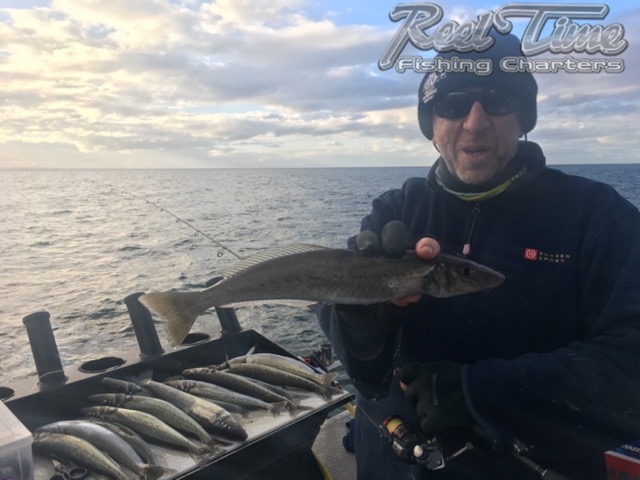 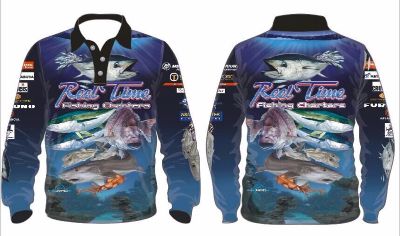 Catch of the Month on Reel Time Fishing Charters.

Catch of the Month would have to go to Shaun from Launching way Tackle Shop in Carrum, for finally after many solo trips chasing Melbourne King Fish he managed to sneak out with Matt Cini and the crew and wasn't disappointed, with a crazy bite in the RIP with a 6 way hook up, everyone landing their fish, with Shaun's fish just sitting on the surface and in one last desperate attempt it won its freedom.

Shaun and Matt where devastated, but within seconds Shaun's luck was about to change, young Arthur had felt something pulling on his line and gently brought it in, Shaun's fish managed to tangle its tail in young Arthers Line all the sudden appeared from no where Shaun's 1.12 meter KING A BEAST! the net was brought over and Shaun's smile was back on his face with his finally very first cracking RIP KING, Well done to Shaun and Arthur for capturing this Huge Fish. 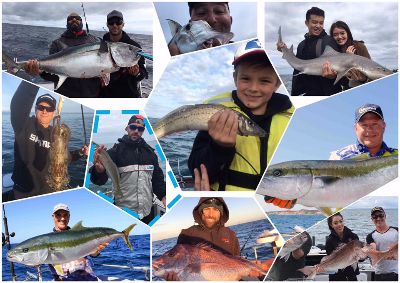 Click here to go to our photo galleries to see your Fishing Pics!

Surprise a loved one or reward a colleague with a Reel Time Fishing Charters Gift Voucher!

Vouchers can be purchased for ANY amount as they are treated as a credit and can be used as payment towards ANY charter. They choose the date and what fish they want to target and all you do is decide how much to spend! There is NO expiry date and the voucher is emailed to you immediately.