Reel Time Fishing Charters and Matt Cini Demand the Best, When it come's to Finding Fish in Port Phillip Bay, Westernport Bay and Portland. Matt has lived the test of time when it come's to using GPS unit's & Fish Finder's especially for Port Phillip Bay Snapper were it is CRITICAL to learn how to use and have the best possible piece of equipment you can! With this said he understand's the importance of Quality products!

Furuno Fish Finders are very simple to use once you have the correct setting in your unit which can be easily attained if installed by a trusted or recommended Furuno Dealership (Recommend Nautek Marine) who people like myself are happy to share with them.

There are very many ways you can use your Furuno Sounder for EG in Port Phillip Bay when targeting Snapper you want to use a Furuno 628 or 588.

Matt Cini's Setup Below the Detail's of How & Why! Everything Furuno. 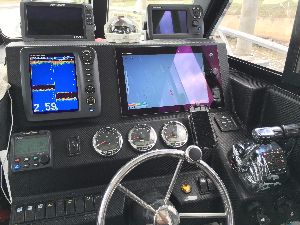 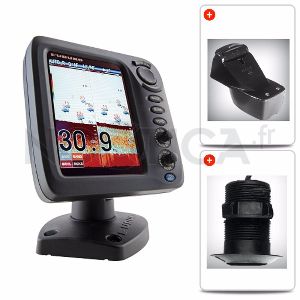 both these units will be ample enough to find you fish Day, Night, slow or full throttle, the difference is that the 628 is only 600w the 588 can do either 600w or 1kw.

Out of the box, you can install the P66 Transducer which is far better than most transducers that are common with mainstream products. It has 50 and 200khz very wide beam which is ideal for most applications in Victoria however it will not give you a full arch in Port Phillip Bay when searching for Snapper at high speed, it will give you a tick this tick is very distinct typical snapper mark pre 1 kW wide beams, Basically unless your going dead slow you wouldn't achieve the perfect arch no matter what transducer or brand! 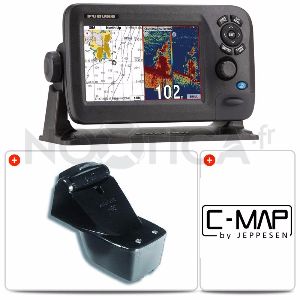 For many Port Phillip Bay and Westernport Bay Anglers Space & Money can be something to think about, We are simply talking about guys that fish seriously out of 5 m Vessels and then we have a serious fisherman in 10 m Vessels so you need to really think about what's going to be appropriate for the job! keeping in mind some of us have a budget to stick to.

In this case Furuno have come up with just the answer for you, the Furuno GP1870F has the brains of a 587 can pump out 1KW comes doubled with a full chart plotter so there is your answer, a unit small enough to fit in your dash that's going to find you fish and get you home safely storing all your secret Snapper Marks and won't break the bank! Both P66 and SS175 can be fitted to this combo! 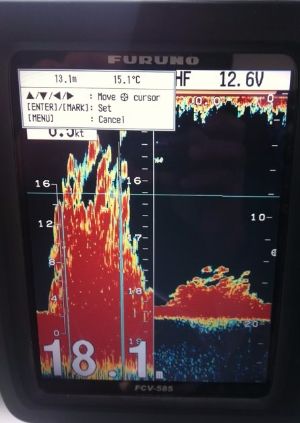 This is a 585 basically pre 588 with a P66 and what we call a Christmas tree solid ticks 2.5m high 3 m wide this was a Bag Out session on Snapper in Port Phillip Bay! what every Port Phillip Bay Snapper Fisherman Dreams off....

The End Result Bagged Out! 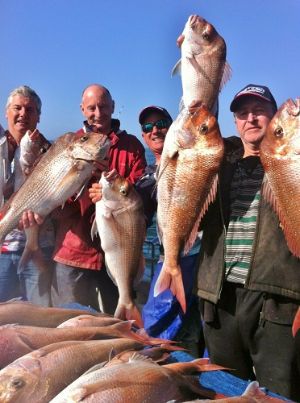 Above 4 of the best Snapper fisherman in Port Phillip bay all have used every sounder on the market from the very early days of Paper Sounders to today all finding there using Furuno! left to right Kelvin Bertachini, Brain Rinaldi, Matt Cini, Terry Watkins I would hate to even begin to count the Snapper under these 4 guys belts...

The P66 is generally running in Port Phillip Bay on  200 to achieve high speed sounding however of late we have found that these settings ran with the P66 are no good for Westernport Bay Snapper, this is where Furuno products are so good you have so many option's and these days with social media and people sharing their trail and error it was found that if you run your Furuno 588 or 628 with your P66 on 50 the clarity which is very hard to achieve in Westernport due to a high volume of oxygen in the water and very fast currents , with these settings eliminating everything giving you a crystal clear picture night or day this was learnt in 2015 after much trial and error with the P66 in Westernport and than finding that Furuno's best-kept secret was yet just the turn of a button away from being Westernport's very best Combination on the Market with over 50 of my close friends using it early October in 2015 Thanking me for the input and producing very many Quality Snapper for the rest of their season! With even finer tuning its going to be interesting to see how easy it will be to find the fish in 2016. So for Westernport, you can not go past the basic P66 combined with your 588 or 628 on 50 KHZ. 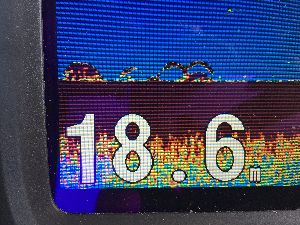 This Picture Perfect Sounding is in Westernport in October 2015 Running the P66 on 50 KHZ at around 5KNTS! It resulted in this Pic Below! 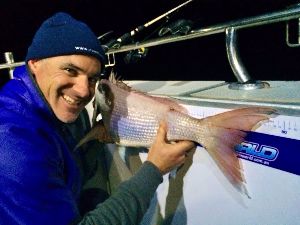 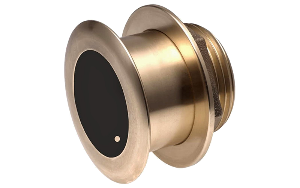 The SS175 is a weapon Ultimate Transducer for Port Phillip Bay Snapper With Out Doubt! Whatever you loved about your P66 x that by 10 then imagine your resolution x 10 with every tick being the most amazing looking Arch at any given speed! Imagine Matt Cini back in the day with his Kmart Special Lowrance fitted in a rush showing nothing but confusion to now This WOW! Being able to see perfect arches is one thing being able to see them doing 30 KNTS is another. This transducer will not only give you the confidence you need, once learnt will display to you even the size of the fish becoming extremely fussy to were you, anchor. With the gain set Perfectly a light red faint arch would indicate a smaller Snapper then with a dark red thick arch we now know we are into Snapper in excess of 3 kgs this comes in time once achieved your time anchoring on Pinkies vs Snapper will be minimised and you will start getting the Buckle's you want! 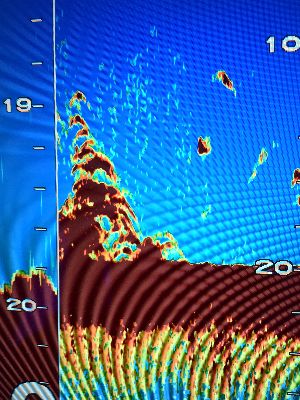 The SS175 is a large-bodied, through-hull, low-profile, single-band CHIRP transducers. This Transducer is a MUST have for anyone who is serious about Fishing especially Port Phillip Bay Snapper and Portland Tuna, They are available in Low, Medium or High band, or in the High band with wide beam, with a tilt of 0°, 12° or 20° to compensate for hull deadrise so no matter what type of vessel there is an SS175 available for you!

The high band covers the popular 200 kHz frequency for salt-water fishing, SS175 has a stainless steel housing. When fitted to an Aluminium Vessel a plastic ring for hull insulation is available

This is what your SS175 should deliver with a 588 in Port Phillip Bay when targeting Snapper! 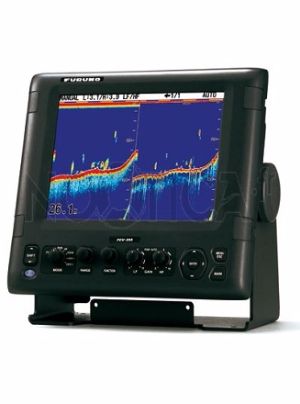 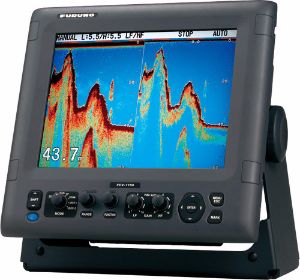 joined at the hip then there is 1150 pumping out up to 3kw this a machine with some serious graphic boosts, much higher power, better gain adjustments the ability to change frequencies. This is critical in Marlin Fishing when you are surrounded by other vessels using the units that are Fixed to one Frequency! you simply adjust yours to a different channel so to speak giving you the clearest picture with little or no interference making sure your live bait is dropped directly on the fishes head!

The Furuno FCV 1150 would be the perfect setup for the most avid and diverse fisherman fitted with SS175WH details above, for all your surface Blue Water Fishing and Port Phillip bay Snapper.

Then Paired with an 82B - 35R for Species like Sword Fish, Deep Dropping Blue Eye, Harpuka, Blue Grenadier, Ling ETC.This Transducer will get you clear readings in depths you wouldn't even dream off! Here are the Specs Below for the 82B - 35R. 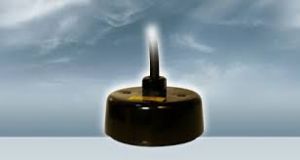 82B - 35R for Species like Sword Fish, Deep Dropping Blue Eye, Harpuka, Blue Grenadier, Ling ETC.This Transducer will get you clear readings in depths you wouldn't even dream off! Here are the Specs Below for the 82B - 35R. 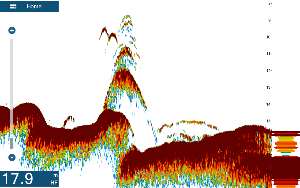 Furuno has for many decade's provided professional fisherman with the tool's they need to save time and money to deliver large commercial quantities of Fish to Market's World Wide! 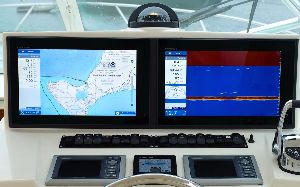 With this said it's only been about a decade that we the Recreational fisherman have had access to these products at an affordable price. These days the technology in your conventional unit is very good, with that said when it come's to Fish Finder's especially Furuno they are hand's down Decade's in front and have so much experience in creating a unit that translates's a crystal clear picture to the fisherman at such high speeds NOTHING come's close to it.

Reel Time Fishing Charter's has a complete Furuno Package keeping in mind Furuno make equipment designed for Commercial Vessels heading hundred's of miles out to sea, where they do not make assumption's that they will bring back their targeted catch, They Know! With this said Furuno has given the Recreational Fisherman the ability to be as successful as a commercial vessel, even with their starting range of product's each step in Furuno's direction will only lead to better results Fishing and eliminate or take the guessing out of knowing if your on fish, Navigating safely at night, getting updated SST charts, Weather, Auto Pilot the list goe's on! 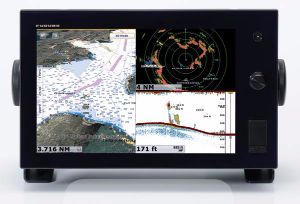 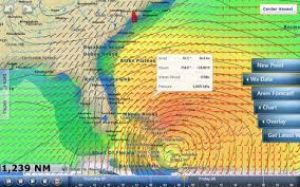 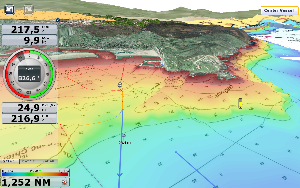 Back to Sponsors Page