Take a look at some of the many Media Journeys Matt Cini has Left behind in his wake to inspire every Australian, Victoria's and  Melbourne's Fisherman in his 30 or so years of Fishing. Portland, Port Phillip Bay,  Westernport Bay.

Matt Cini has had the Luxury to make many fishing memory's not only hundreds of magazines but has been involved with Television all around the country!

Reel Time Fishing Charters is regularly featured in fishing publications around the country and Matt Cini has appeared on many T.V shows such as Fishin' Trip, CelebratiesFishing Edge, You Fish, Hooked with Dave Butfield, IFish, River to Reef, Adventure Bound, Top Gear, Postcards and Rove. Has a very Special BondCelebrities! 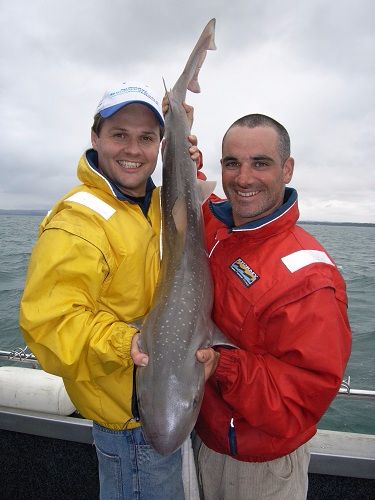 Matt Cini and Paul Worsteling from Tackle World Cranbourne and one of the best Fishing Shows on Air today IFISH have been loyal friends for over 15 years, Had some amazing fishing adventures together and Maintain a life lasting friendship helping each out in any way possible to ensure both Tackle World and Reel Time Fishing Charters Customers get the correct Fishing Tackle for the Job and the Feedback from Reel Time insuring Tackle World's Customers get the correct information off Whats Biting and were ! 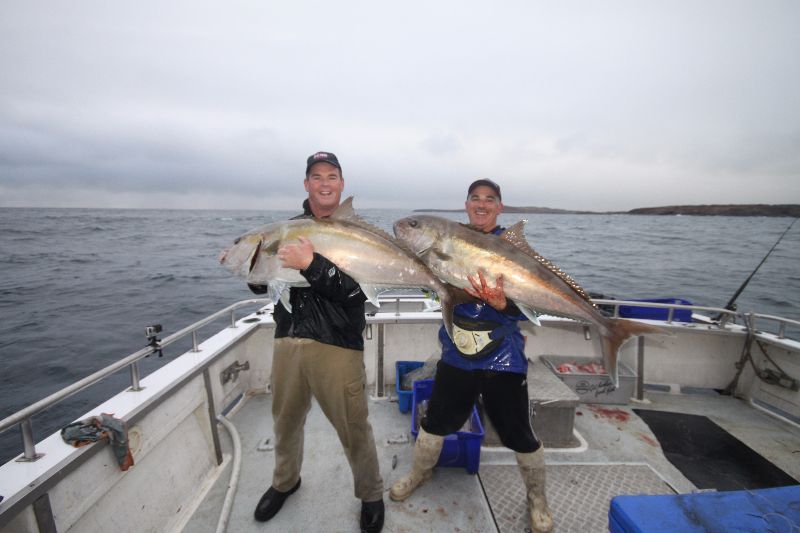 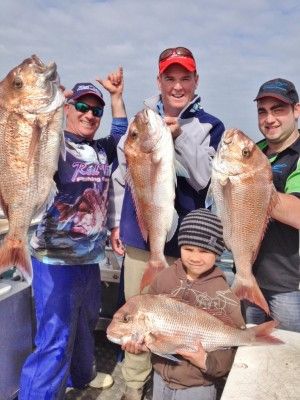 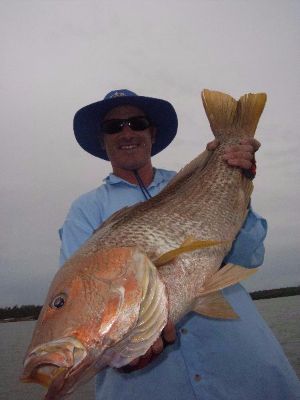 Matt Cini & Jason Kennedy's Journey to be a life long friendship that will be had for many years to come. Many Moons ago Jason Kennedy started a Fishing TV Series Aired on Channel 31, Later to become one of Melbourne's much-loved Fishing Tv Shows. Jason Kennedy approached Matt Cini in the Winter of 2006 asking if it was possible to make 5 shows in 2 months well knowing that it was Winter ......... Matt Cini took on the challenge and by doing this helping both Reel Time Fishing Charters and Fishin Trip, Soon to become long life friends. Matt did not any about the many journeys that would become reality in his life. 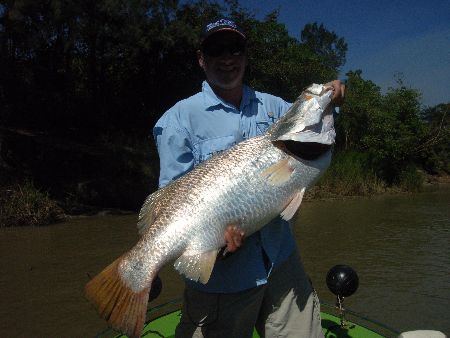 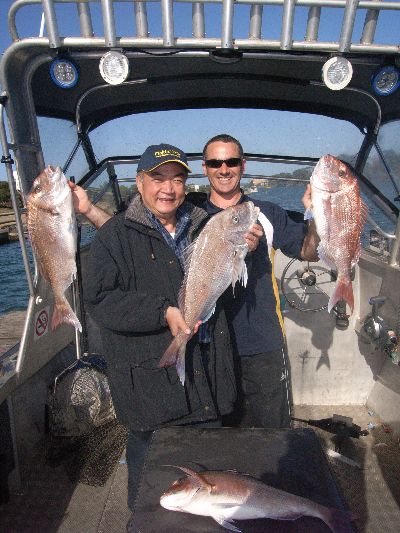 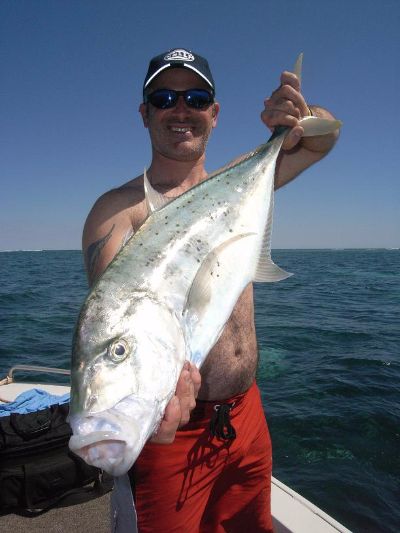 From just starting out catching Melbourne's Gummy Sharks in Westernport Bay and King George Whiting we went on to doing over 12 Port Phillip Bay Snapper shows with so many Celebrities and Australian Sports Identities, Such as Many AFL Teams and Players, John SO Lord Mayer, The List goes on Taking me to Locations I would have never had the time to visit as I am so busy and in such high demand I never get to leave Victoria.....LOL 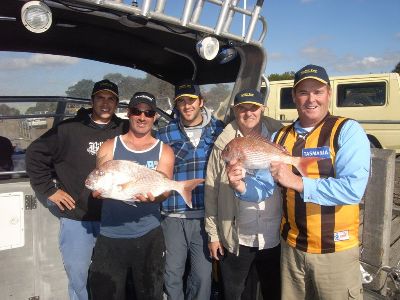 My Journey with Jason Kennedy doing in total 28 Episodes for Channel 31 then later One HD and Foxtel it is something i will never regret and hold very close to my heart as something that I will have forever to show my grandkids Thanks JK for Making me your Goto Melbourne and Port Phillip Bay, Westernport Bay go to Fishing Charter Operator in Victoria! So Many Memories and good times. 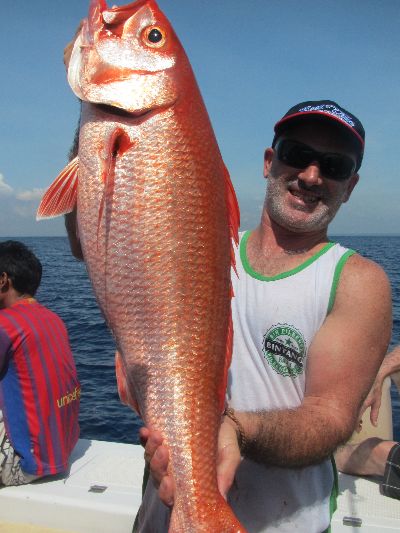 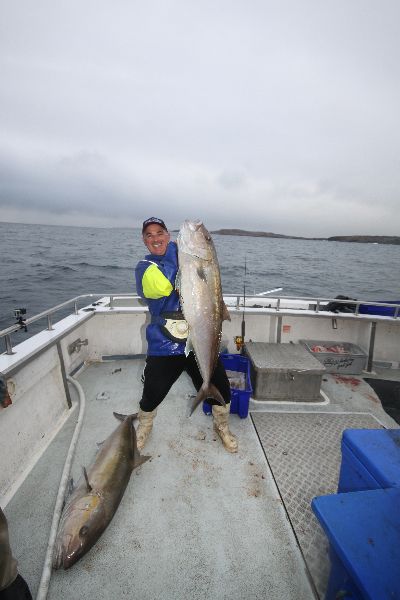 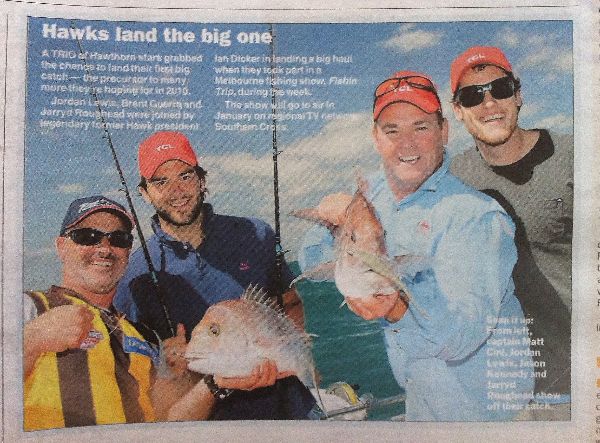 Fishin Trip's Jason Kennedy & AFL's Mighty Hawks are Regulars on Matt Cini's Fishing Charters and Often appears on Many of Fishin Trip's Programs which are aired on Channel 31, Aurora and One HD GO HAWKS!!! 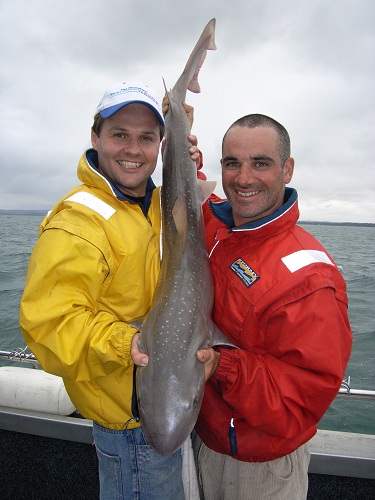 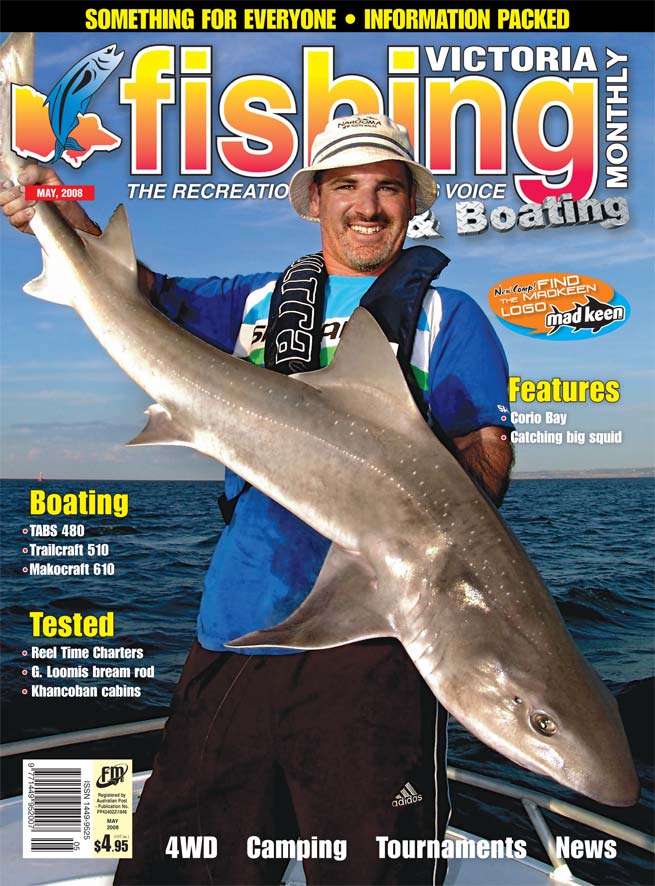 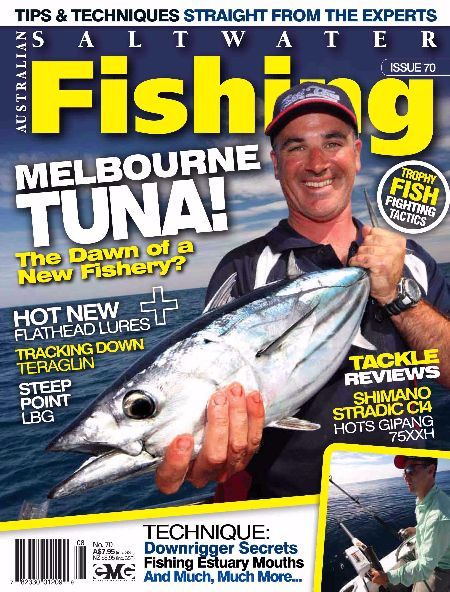 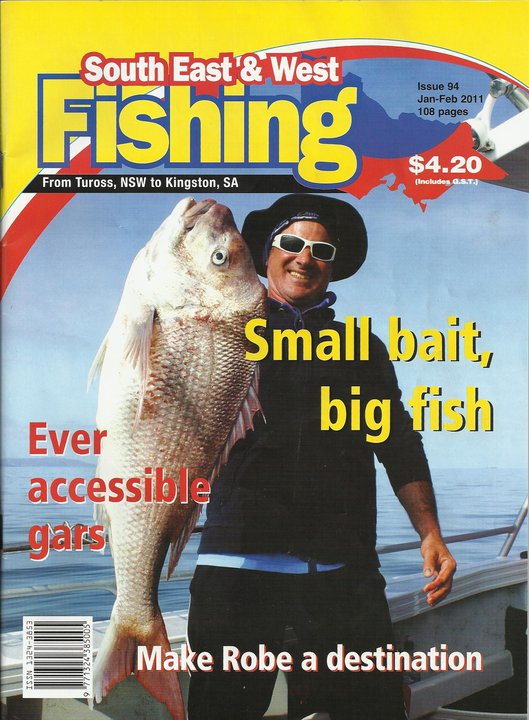 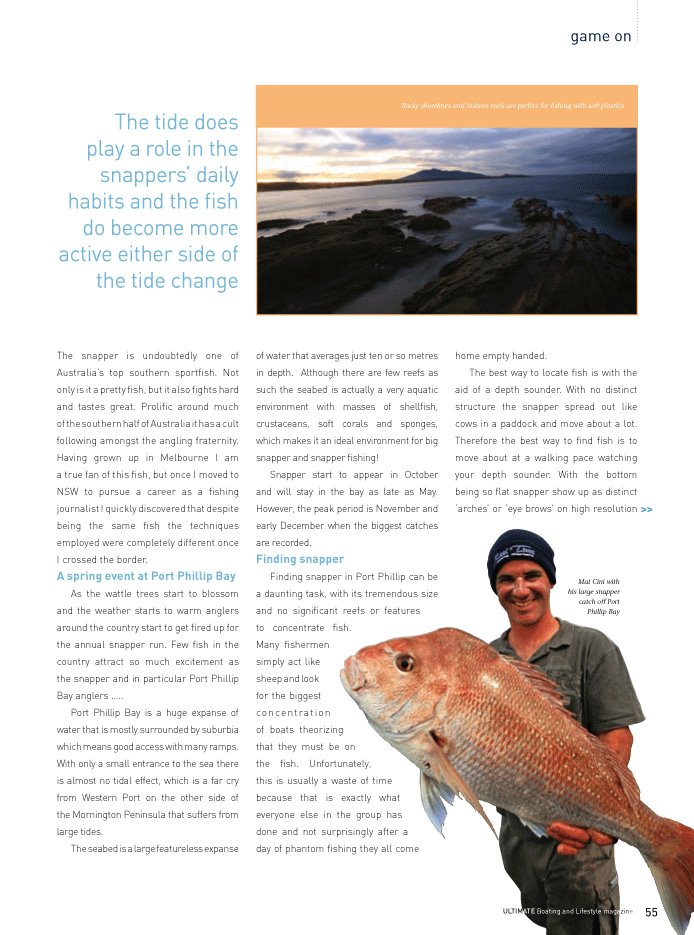 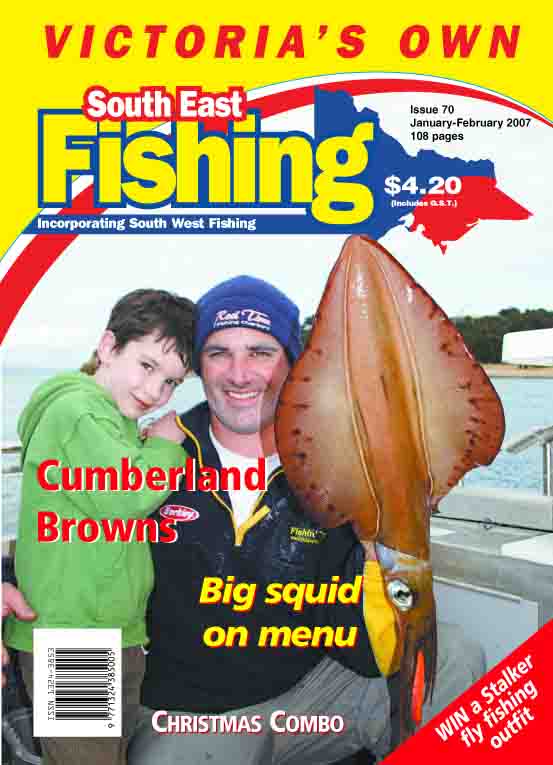 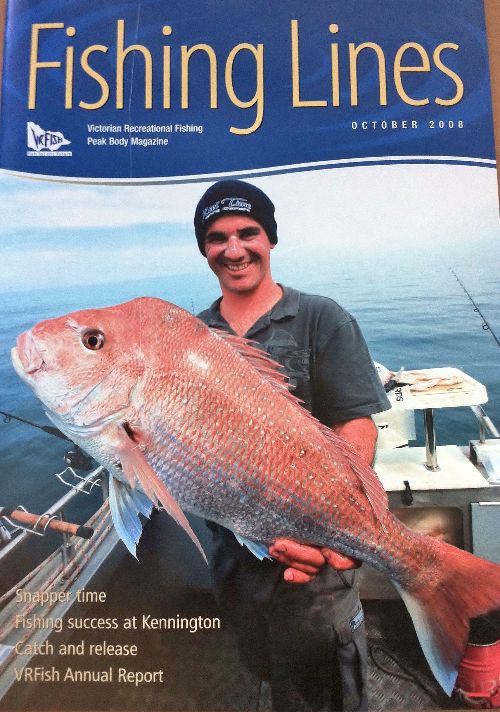 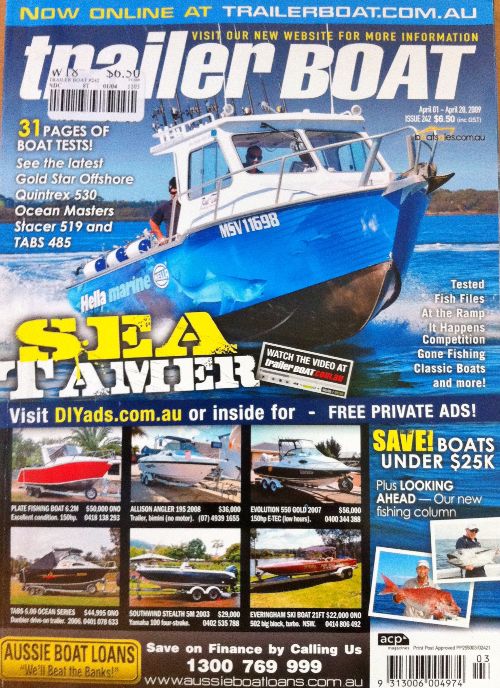 Matt Cini from Reel Time Fishing Charters has been Fishing Victorian Waters for over 25 years with his vast experience passed down from his uncles it was evident that he would not only become one of Melbourne's very best fishing charter operators but with his charismatic ways he was destined to make his way to TV and off course the fishing Pin-up boy hehe on the front cover of many magazines in his time, With off course so many more to come! Enjoy some of the above Front Cover shots and Fishing Magazines that Matt has been part off and enjoyed every journey along the way with respected journalist such as Jarrod Day, Lee Rayner, Australia's Trailer Boat Magazine, Trade A Boat, John Willis, Al McGlashan, Modern Fishing Magazine, AFN & Bill Classin, South East & West Fishing Magazines, Fishing Monthly to name a few! 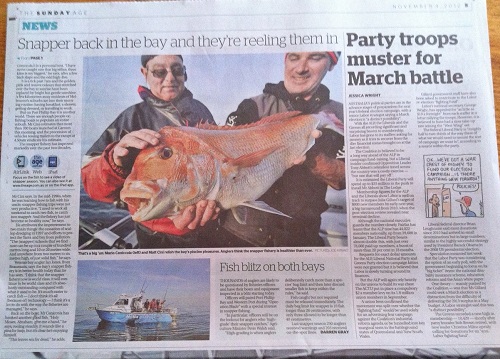